Elite paddlers aiming for success at the Hansa Fish River Canoe Marathon on 10 and 11 October are breathing a sigh of relief as the shift in the calendar has given them an extra week tom recover from the World Marathon Championships in the USA.

The global title showcase is usually the weekend before the Hansa Fish, leaving the national team athletes in a frantic race to fly home and recover in time for the important Hansa Fish campaign. 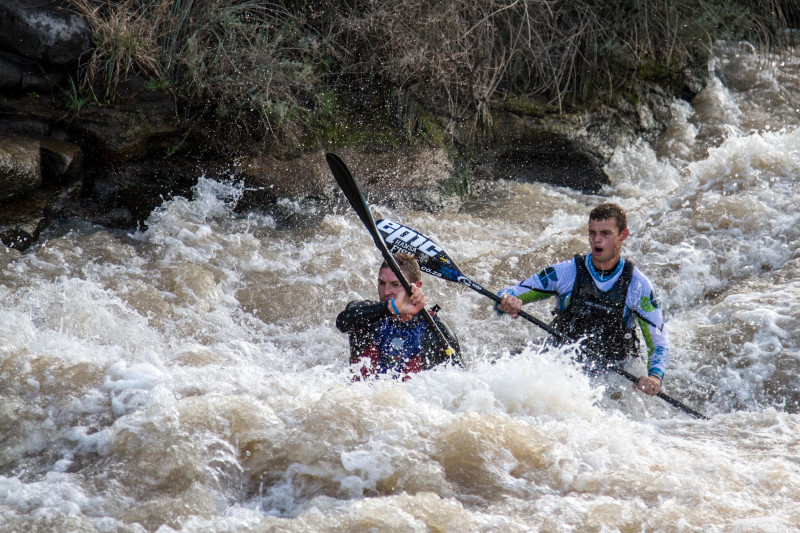 Hank McGregor and Grant van der Walt claimed a record fourth K2 Hansa Fish River Canoe Marathon title in 2013 despite both suffering travel-related illnesses during the return flight from the ICF Canoe Marathon World Championships the week before. This year, those traveling to the international event will have an extra week to recover.

This year, with the Hansa Fish moving a week later to fit in with the school holidays, there are two weeks between the two events, taking much of the pressure off the elite racers who will be in action at the World Champs in Oklahoma City, USA on 27 and 28 September.

Although still tight, this extended gap between events should result in a significantly less frantic turnaround for the large South African contingent of juniors, under-23s and seniors as well as veterans and masters set to take part in this year’s World Champs and ICF Canoe Marathon Masters Cup respectively.

The physical stresses and demands of a tight racing schedule has its own challenges however one of the most significant problems associated with this busy period is not the racing itself but rather the foreign staging of the international spectacle resulting in a long haul back on the Monday, only arriving back in SA on Tuesday, and leaving just enough time to unpack, repack and head off for Cradock, usually only arriving there on the Wednesday night before the Hansa Fish.

The increased gap between events this year will not only play an important role in those heading to Oklahoma overcoming the subsequent jetlag ahead of the two magical days on the Brak and Great Fish Rivers, but the relatively prevalent travel-related illnesses as well.

South Africa’s globally renowned paddling icon Hank McGregor and his regular Fish doubles partner Grant van der Walt were two who had to dig deep to clinch the title in Cradock last year after both felt somewhat ‘under the weather’ upon their return from Copenhagen, Denmark.

The pair miraculously had enough left to give in order to claim a record fourth consecutive K2 title as a combination however four-timer Dusi champ Andy Birkett’s 2013 Fish hopes were dashed entirely, together with those of his partner Cam Schoeman, after he fell ill during his return flight after his victorious under-23 World Champs effort.

While the demands of international travel, and a probable heightened impact of jetlag, still very much on the cards ahead of this year’s Hansa Fish River Canoe Marathon, the paddlers will relish the extra few days break they have been afforded this time around.