Published by HansaFish on September 11, 2019 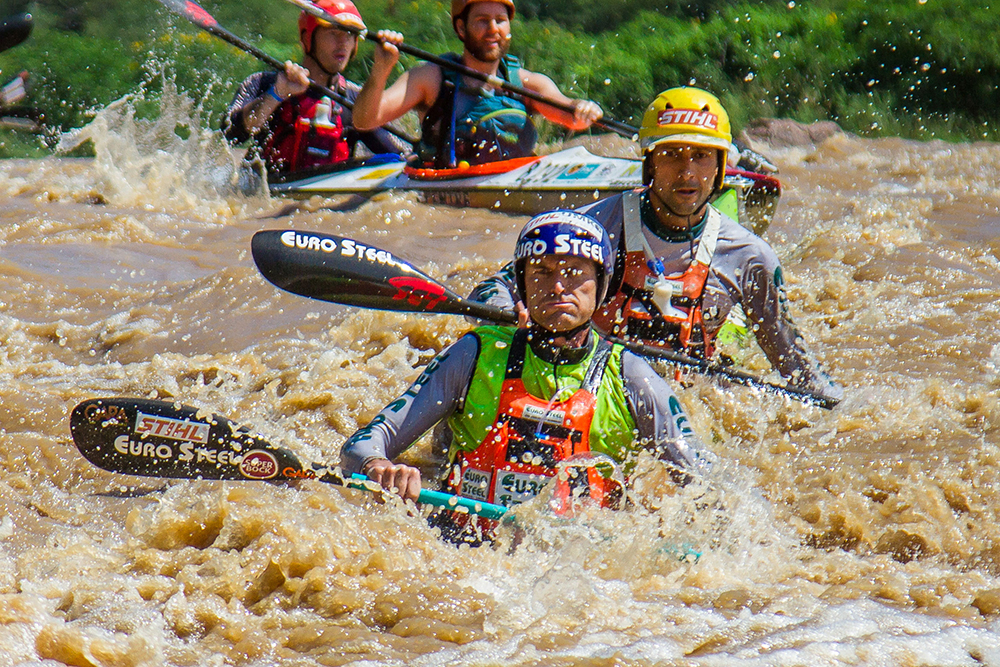 Having won the Umkomaas River Marathon and finished eighth at the iconic Sella Descent in Spain, Hank McGregor is adjusting his goals go for this year’s Hansa Fish River Canoe Marathon that finishes in Cradock on Saturday, 28 September.

It was almost expected that McGregor would partner up with Euro Steel team-mate Andy Birkett for the Fish, however that changed when Birkett made the decision to focus specifically on the ICF Canoe Marathon World Championships in China just three weeks after the Fish.

Having committed to the Fish and being a huge fan of the event McGregor and Jacobs decided to partner up for the 82km stretch of river from Grassridge Dam to the finish at the Cradock Sports Complex in town.

“I have always loved the Fish because it is such a unique race where everyone travels from around the country to one venue,” the seven-time Fish champion McGregor said. “I feel that it is the pinnacle of river paddling in the country because it is a paddling race, unlike Dusi which is a multi-sport event!

“I don’t feel that there is another race in the country like it and I look forward to racing it every single year. This year is no different but Wayne and I will have a slightly different attitude.”

Having last won the race in 2016, McGregor has been out of the winners circle for a few years however he doesn’t feel there is any pressure on him and Jacobs to finish in the pound seats.

“I am not going into the race with any expectations; we just want to go out there and have a good time.

“Our biggest goal is to win the Vets category!” he laughed. “We want to be the fastest fathers on the Fish this year.”

Despite the eighth at the Sella, McGregor feels that their result was better than their position suggested.

“In the pre-race time trial we were with the European marathon champions so we are a good combination in the boat.

“We go well together and I guess we can take some confidence from the fact that we were right up there with the best in Europe.”

“I’ve worked it out that I have five international races coming up and so I want to try and use the Fish to try and just keep the momentum before we head to China.

“It’s such a great weekend in the Karoo with good water and good hospitality so we are looking forward to getting down there again,” McGregor added.